Reiter Anton & Gabi together with brother Hermann work a 360-ha farm near Augsburg in Bavaria, have been producing pigs since 1973 and step by step, have expanded the farm from 40 sows initially to the current level of close to 840 sows with 3.800 pig-fattening places. With a strong emphasis on high outputs and low feed costs thanks to its own mix with maize grain silage, the pig farm has evolved on its own and with a vision for the future. A conversation with Anton and Gabi Reiter highlighted their commitment to the highest level of prudence and professionalism.

Due to structures that have evolved and the spacious livestock facilities, the central feed kitchen and the liquid feeding system have a key position. The feed tanks have been replaced in the meantime, however the Schauer Liquimix liquid feeding system has been used reliably since the start. To keep the feed costs for the fattening formulations low, whey and yeast are used in addition to the maize grain silage. This produces a large amount of protein and replaces bought-in soy. Breeding pigs are also fed by liquid feed. Each liquid feed mix is administered in the troughs in the breeding area and in the farrowing house. In the Gestation, the liquid feed is distributed to each individual animal via the Compident automatic feeding system. The piglets in the Weaner houses have also been fed using the Spotmix multi-phase feeding system for 20 years. The feed portions are mixed individually and blown dry to the feeding stations, where they are first mixed with water. The targeted implementation of any desired feed strategy and the excellent hygiene of the feed systems result in healthy and rapid-growing piglets, that gain an average weight of 500 g a day.

The high performance levels of BHZP genetics and the high replacement rate of 50% stretched the sows to their limit when feeding the piglets. Anton Reiter therefore decided to install the Schauer “Babyfeed” suckling pig liquid feeder in 2016. As a result, in addition to milk substitutes (Schaumann Bi-Lactal Premium), formulas with pre-starter (Schaumann Bi-Lactin Extra + farm's own mix) can be administered in the farrowing pen at an early stage and the natural milk output for sows weaning piglets can be supported. In addition, Reiter's formula is made up of 4% “wet breadfeed” (fermented bread)” and fermented grain. The milk substitute is fed from the 3rd day of life to the 10th day and then it is switched to the pre-starter.

The biological and economic outcome since using the Babyfeed is clear to see:

The use of the Babyfeed not only increased the average weaning weight from 7.6 to 7.9 kg, the number of weaned piglets could be increased from 27.9 days to 31 with a 28-day suckling period. This means a 15% increase in the piglet weight produced up to weaning from 212 kg to 245 kg. The result is an enormous growth in return and profit from the Reiter family’s pig production operation. With the latest price of a piglet currently 2.5/kg, this amounts to a total profit of just less than € 38,000 per year (already reduced by the feed costs). The saving in working time has not been taken into account. This results in a payback of less than two years for the Schauer Babyfeed suckling pig feeding system.

On a weekly basis, forty sows at a time are inseminated with boars, preferably by the BHZP (German Federal Hybrid Breeding Programme) boar, breed 77, in the breeding area, where they are kept in gestation crates. The farm has fared very well with these animals, which have achieved both outstanding results with daily weight gain as well as slaughter performances. The fattening performances are on average 830 to 840 g daily weight gain for a lean meat percentage of 60.5%. The slaughter weight is 97 - 100 kg, the live weight is there for 125 to 130 kg per pig. Restocking ensures a high state of health for pigs on the farm and as a result, less downtime. That is why Anton Reiter was the first pig breeder in Germany to be awarded the “Leading farm for effective health protection” in 2010. There are currently only 8 farms across the country that have received this honour.

The piglets on the Reiter farm receive a quadruple vaccine (PRRS (porcine reproductive and respiratory syndrome), mycoplasma, circovirus, PIA (porcine intestinal adenopathy)). The farm vaccinates the sows against erysipelas, porcine parvovirus, PRRS and influenza. Otherwise, animals are treated individually depending on their medical needs. To be able to complete this work in an organised way, three employees for the stalls, a team of people for work in the fields, two trainees, an intern and additional seasonal workers during the harvest if required, work alongside Gabi and Anton Reiter. Alongside the highly successful pig production business, the Reiter family have been operating a 280-kW biogas plant since 1996 that provides heat for the entire farm. The electricity generated by the biogas plant and the 800-kW photovoltaic system installed on the roofs is largely fed into the grid. Thanks to an outstanding business organisation, it is possible for the Reiter family to take a total of three to four weeks holiday a year. The eldest son, Johannes Reiter (24) has successfully completed his exams in agricultural engineering in Triesdorf this year. He will also run the farm in the future. The two other children work as a bank business administrator and locksmith, but they help out on the farm in busy periods. Plans are currently afoot to build an additional flat-deck stall on the site, “but that will then be up to Mr Young Entrepreneur”, said Anton Reiter with a wink. 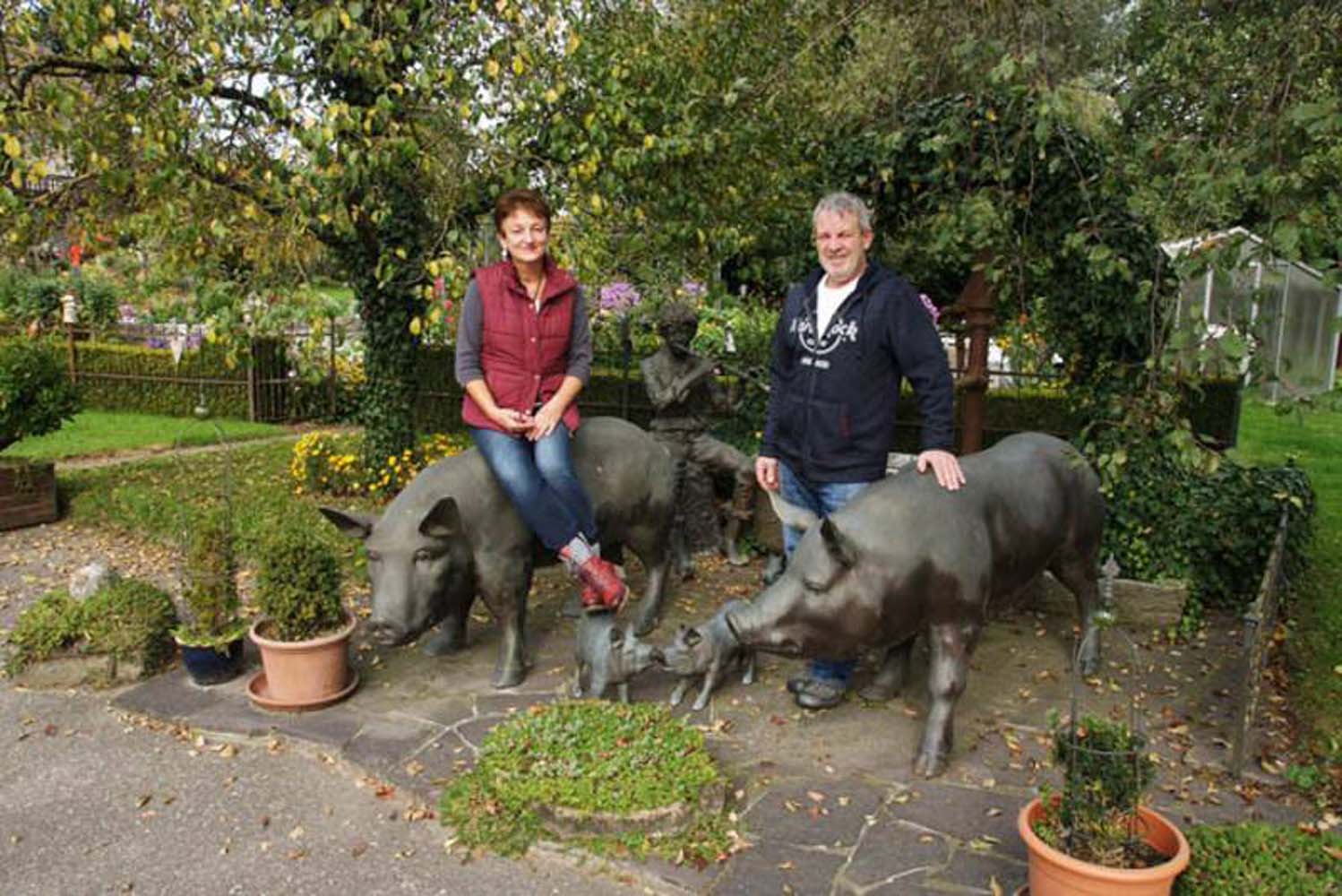 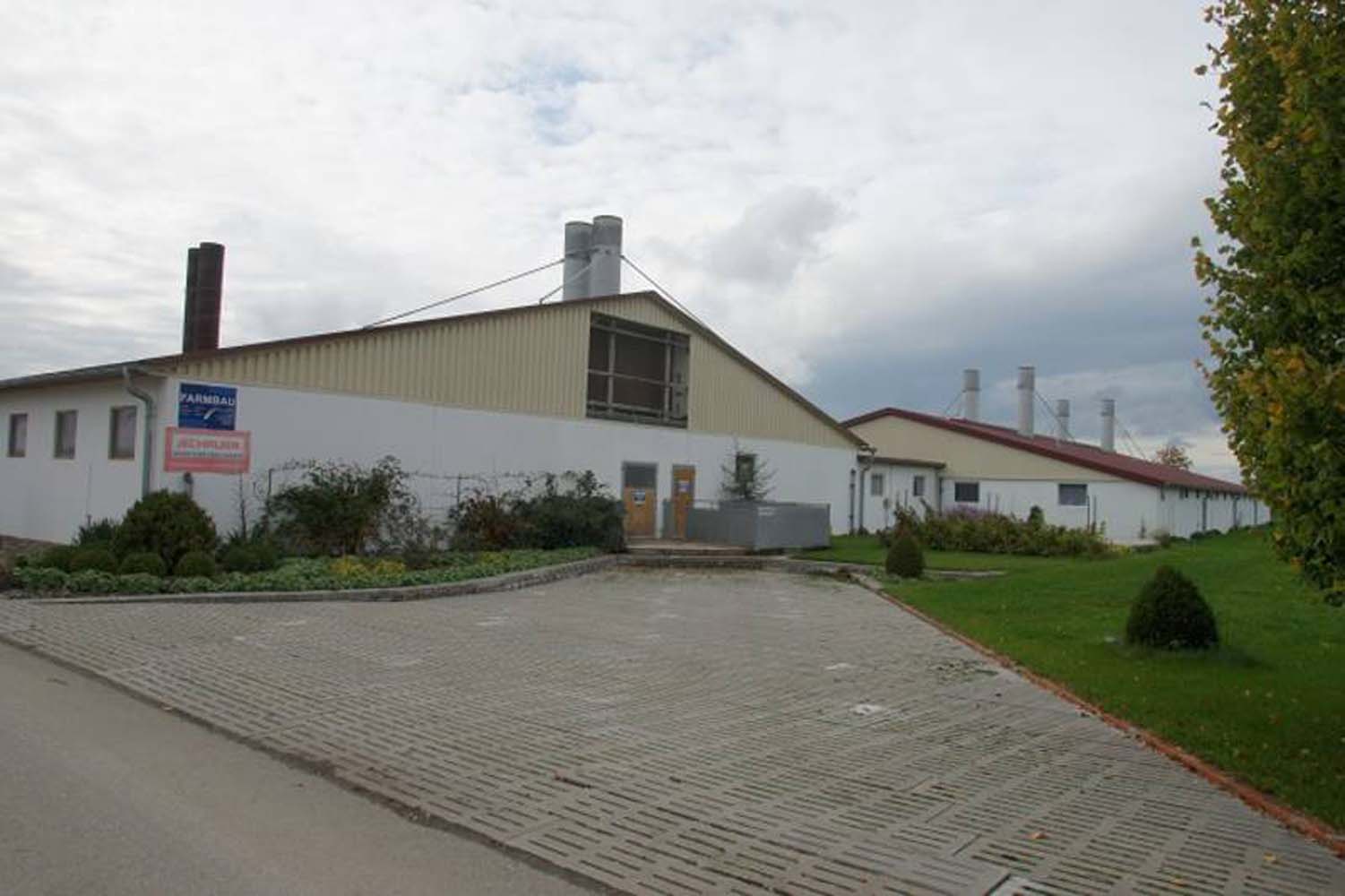 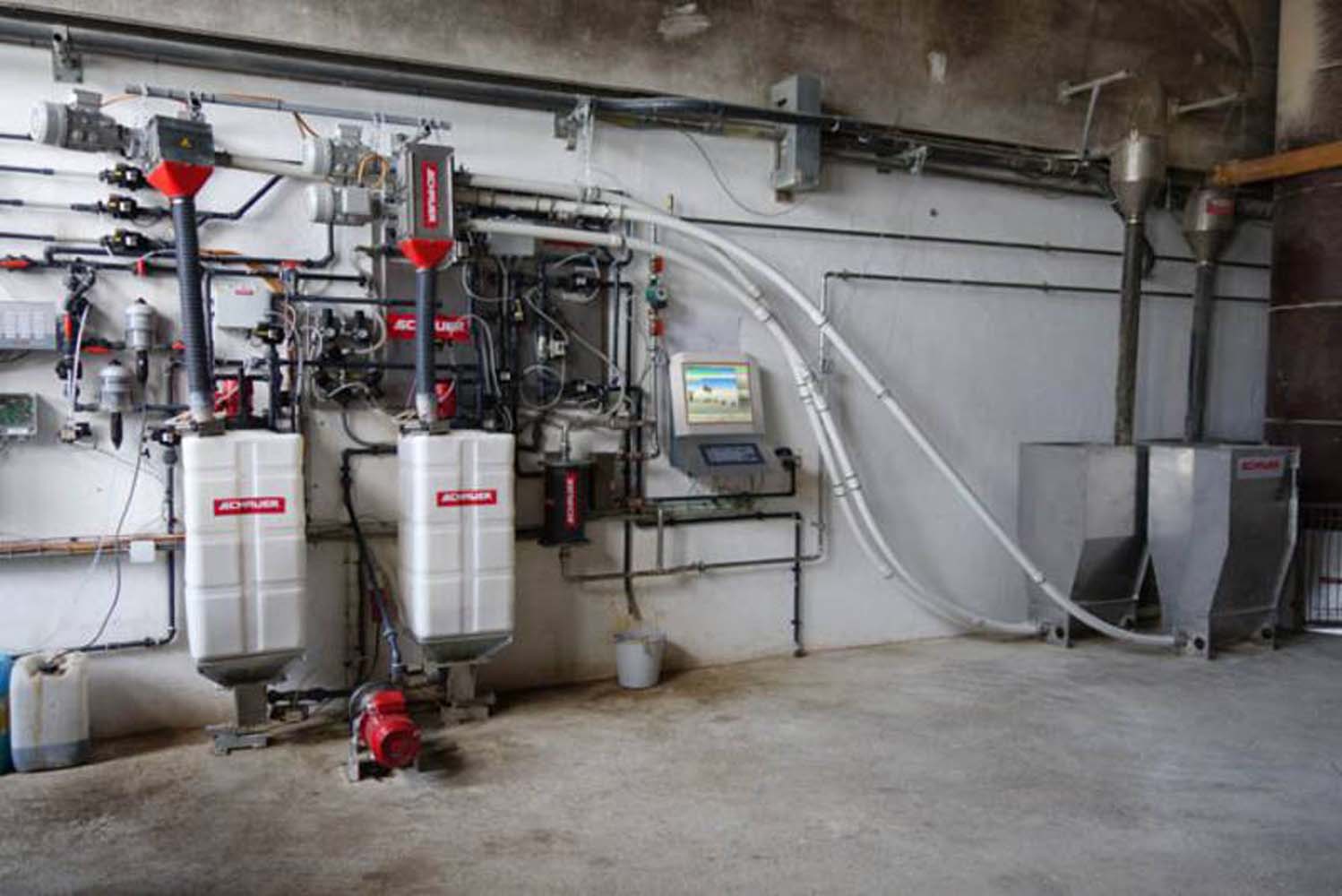